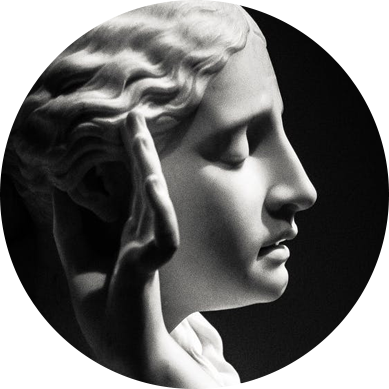 Insurance – the industry in which PWS Konstanta SA from Bielsko-Biała operates can be seen as a bit rigid, boring and grey. In spite of this perception, in 2019 the company once again undertook a number of initiatives supporting culture and art, giving its activities a little more colour and fantasy. It entered the New Year with calendars, in which, as in previous years, the focus was on art. Following consistently the path of Polish artists, it published magical realism-inspired calendars, containing a selection of paintings by Karolina Orzełek from 2016-2018. The author of the works, born in Bielsko-Biała in 1992, has lived and worked in Paris since 2011, where she graduated from the State Academy of Fine Arts. Her works, which are the basis of this year’s company marketing materials, invite you to a world situated on the verge of sleep and dark vision, memory and illusion, whose fantastic colours give reality a new, symbolic dimension. „The „Painting” Calendar won the 1st prize in the category „Best Illustration” at the International Festival and Calendar Competition Zoomart 2019.

The idea was a continuation of previous publishing initiatives, which included calendars, folders, marketing materials and albums with works by Polish artists, among others:

The works of the above artists, purchased by PWS Konstanta SA, were also the subject of charity auctions, in which the company actively participates.

At the beginning of the year, the company also handed over to its customers and friends the Album about Bielsko-Biała – the town where the company was established almost twenty-five years ago – a regional but national one. The album is dedicated to Bielsko-Biała – the Little Homeland, which PWS Konstanta wants to promote and show in an unconventional way.

Small Homelands are of great value to this company – that is why its branches in Poland have been based on this philosophy, identifying with the regions that are closest to them and where it also supports regional culture and sport.

In spring this year, in cooperation with the Zbigniew Raszewski Theatre Institute in Warsaw, PWS Konstanta organised a celebration of Maja Komorowska’s work. This event, which consisted of an actress’s performance, an exhibition of photographs devoted to the artist and an interview conducted by Jacek Żakowski, took place in April at the Polish Theatre in Bielsko-Biała. The participants had the opportunity to meet the invited guests in person and receive a dedication in the book by Maja Komorowska, published with the participation of the company „ Pejzaż. Rozmowy z Mają Komorowską dawne i nowe„ – the book by Barbara Osterloff already had its history. It was first published by the Errata Publishing House in 2004. Welcomingly received, it was awarded in the annual survey of the „Teatr” monthly as „the most interesting book about the theatre”. With the support of PWS Konstanta, in 2019 the readers received another edition in a new graphic design, enriched with unknown photos and texts. They were part of the section entitled „After years”, which completed the fascinating and difficult subject of interpenetration of art and life.

– release of the album „Somethinghing Personal” by the jazz band Paweł Kaczmarczyk Audiofeeling Trio, released by the Slovakian label Hevhetia,

– the publication of Adam Zagajewski’s book „Poetry for Beginners”, in which the reader will find sketches devoted to poets and novelists. This collection of essays, in which the author poses questions about literature and more broadly about the situation of the thinking man in general, was published by the Zeszyty Literackie Foundation,- the publication of Jacek Proszyk’s book ” Life according to values. Jewish Liberals, Zionists and Orthodox Christians in Bielsko-Biała” – the first publication devoted to the Jewish community of Bielsko-Biała in the interwar period. Facts and events from the history of the city described in the book, enriched with memories of pre-war citizens, show rich social, economic, political and cultural life and present the society of Bielsko-Biała, which was characterised by tolerance, mutual understanding and numerous philanthropic activities – values so important in the contemporary world.

The most recent joint initiative of PWS Konstanta SA and the Warsaw-based Collegium Civitas Foundation was to prepare and conduct the first congress of the Concilium Civitas (July 2019) – a group of the most outstanding Polish social scientists working at the world’s most important universities such as Chicago, Freiburg, Harvard, New York, Oxford, Princeton, Stanford or Yale.

The congress was accompanied by the issue of „Almanac Concilium Civitas 2019/2020”. (edited by Jacek Żakowski), a collection of texts offered to Polish readers by members of the Concilium. Each of the authors described in the scope of his academic competence, important at present, universal, also concerning Poland, phenomenon, trend or process.

This almanac is the beginning of a cycle which will be continued in subsequent years.

We have been with you for 25 years!