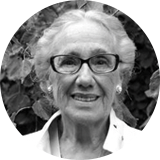 Maja Komorowska was born on 23 December 1937 in Warsaw. In 1960, she graduated the Puppetry Department of the Cracow State Higher School of Theatre. She began her theatre career at the „Groteska” Puppet Theatre in Cracow. She then moved to Jerzy Grotowski’s Theatre of 13 Rows in Opole and then to his Laboratory Theatre in Wrocław. She worked with Grotowski until 1968.

In the early 1970s she was engaged in the Contemporary Theatre in Warsaw run by Erwin Axer. At Axer’s she played, among others, in Edward Bond’s „Lira”, Thomas Bernhard’s ” Boris Feast”, Ernest Bryl’s „The November Thing” and Słowacki’s „Kordian”. Her first comedy role – Gloria – was created in Jerzy Jarocki’s play „Everybody loves Opala” based on John Patrick. On the stage of this theatre she also played, among others, in productions by Helmut Kajzar („Bolesław Śmiały” and „Paternoster”).

Komorowska is one of the most outstanding actresses in the history of Polish cinema and theatre. She has created great acting roles, among others, in productions by Jerzy Jarocki, Erwin Axer, Maciej Englert and Krystian Lupa. For over 20 years she has also performed at the Dramatic Theatre in Warsaw in Samuel Beckett’s „Happy Days” directed by Antoni Libera.

The artist has also made a number of appearances on the big and small screen, among others, in the films of Andrzej Wajda („Wesele”, „Panny z Wilka”, „Katyń”), Edward Żebrowski („Ocalenie”), Tadeusz Konwicki („Jak daleko stąd, jak blisko”, „Lawa”), Krzysztof Kieślowski („Dekalog I”) and Krzysztof Zanussi, with whom cinema is most often associated. She has played in his films such as „Family Life”, „Behind the Wall”, „The Quarterly Balance”, „The Year of the Quiet Sun”, „The State of Ownership”, „In Full Gallop”.

In 1982, she took up teaching and became a lecturer at the Aleksander Zelwerowicz State Higher School of Theatre (later the Theatre Academy) in Warsaw. In 1991, she became a professor at the Academy. She directed her famous graduation performances with students, among others: „At the Table”, „Hollywood Tales” by Christopher Hampton (2006), „The Maids of the Wolf” by Jarosław Iwaszkiewicz, awarded at the 6th International Festival of Theatre Schools, and „Sketches from Dostoyevsky” (2014).

She is also known for her civic activities in the Primate’s Committee and for her assistance to the interned during martial law.

In 2008, Maja Komorowska was awarded the Gloria Artis Gold Medal by the Minister of Culture Bogdan Zdrojewski, and in 2010 she received the Grand Cross of the Order of Polonia Restituta.  In 2020, she was awarded the Polish Film Award Orły 2020 in the category Achievements in Life.

We have been with you for 25 years!